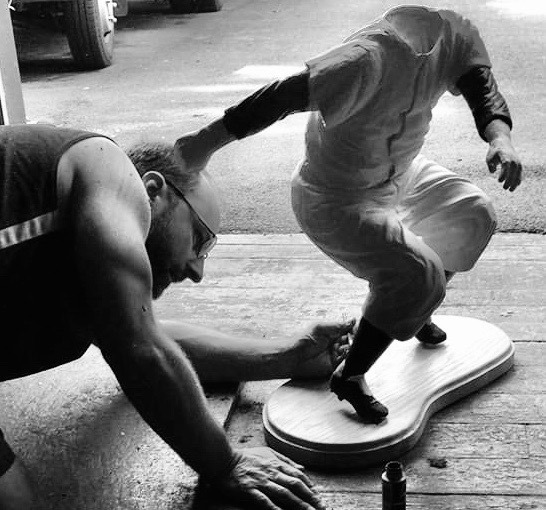 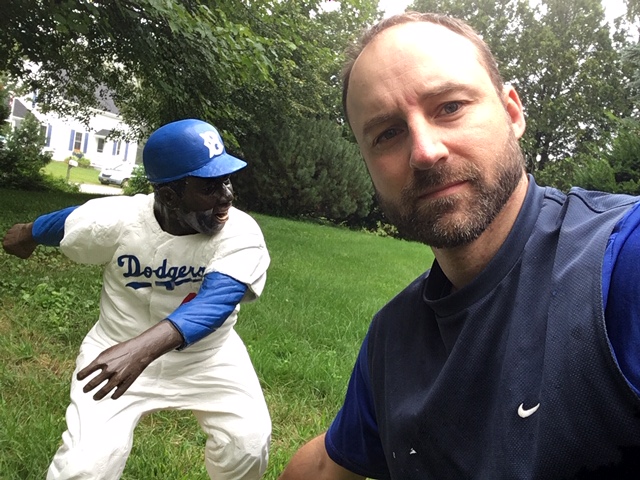 Jon Moro is an artist with a passion for carving wood, painting, and exploring the dynamic expression of bodies in motion. Jon resides in his hometown of Rockport, ME, where he was a three-sport athlete in high school. His basketball team won the 1999 Class B State Championship.  He continued his basketball and baseball career at the college level.

His artistic passion began to develop as an adult, and he studied art at the University of Maine at Augusta. Jon’s sculptural work focuses primarily on humans in motion, from figures to life-size pieces, and each is carved and shaped from wood. The pieces are rendered realistically and engaging to the eye.

“I’m fascinated by the challenge of creating a sense of movement, and emotion from a still, inanimate object. A meaningful sculpture has power, presence and humanity, and generates its own unique narrative.”

Jon is inspired by history, athletics, and themes of trial, struggle and triumph that encompass the human experience. Ultimately each piece reflects the spirit of the extraordinary human body. Jon remains tethered to his passion for sports. In his job coaching the Varsity Basketball team at Camden Hills Regional High School, and his work with younger players, he enjoys teaching the game, and helping others reach their potential. He continues to play pick up basketball, kayak, hike and experience the Maine outdoors.

Jon’s work can be found in public and private collections across the country, including the NCAA Hall of Champions museum, in Indianapolis, Indiana.

2014: “The Crossover”  installed at the NCAA Hall of Champions museum, Indianapolis, Indiana.

2013 Commitment to Excellence in Art and Sport, Bradenton, FL

In 2013 at an international juried exhibition Commitment to Excellence in Art and Sport, in Bradenton, Florida, he received an
award from the NCAA (Honoring Academic and Athletic Excellence) for his sculpture, “The Crossover.”

He is represented by:
Leslie Curtis Designs
8 Bayview St.
Camden, ME 04843